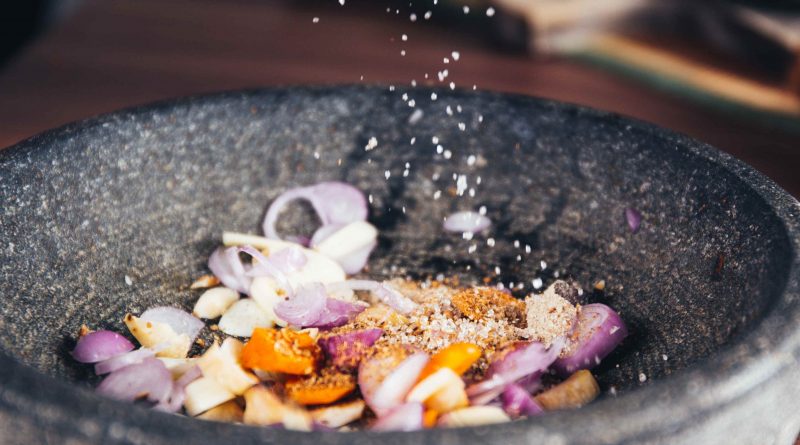 One of the reasons why we love to travel is the fact that we love to eat new things. Ok, is not one of the reasons, it’s the main reason for many. Mexican cuisine, Chinese, French or Japanese, we love each of them. We relied on the simplest possible dishes that are traditional for a particular province.

Maybe you will need more people to eat paella. This is a traditional Spanish dish made from rice, seafood, and vegetables. All this is cooked together and serve in a giant pan. It’s believed that paella was originated from Venecia, but today this is synonymous with Spanish culture.

This is the most famous breakfast in the world. You can find here a little of everything- roasted beans, roasted vegetables, blood sausage, sausages, and eggs. This breakfast will be enough to endure until dinner.

We all eat pizza, but today pizza is called anything that is put on the dough. But at least once, everyone should try the original Italian pizza. Original pizza has a thin and crunchy dough with tomato sauce, mozzarella cheese, and fresh basil. Those colors represent the Italian flag.

Ramen is a soup with noodles that first appeared in Japan in 1910. when Chinese cooks combine noodles with salty soup. These curly noodles had a yellow color and were more elastic than the Japanese noodles prepared until then. The dough was mixed with mineral water filled with sodium carbonate called kansui.

A dish that Poles and Russians consider their own. But generally, this is a traditional Poland dish. These are stuffed dumplings that can be salty, sweet, or spicy. The most common fillings include cheese, onion, minced meat, mushrooms, potatoes, and sour cabbage. In a sweet version, you can find a variety of berries, such as strawberries or blueberries. That dish is traditionally served on the Polish diner on Christmas Eve.

But that’s not all:

The history of the Peking duck dates back to the 13th century of the Chinese Yuan dynasty. Duck is cooked until the skin becomes golden and crispy and the meat becomes tender, slightly sweet, and moist. To make a Peking duck, the duck must be a white feathered imperial Peking duck hung for 24 hours and pierced with air through a small breakthrough between the chest and wings.

Pad Thai is one of the most famous Thailand dishes. They consisting of rice noodles, tofu, dried shrimp, bean sprouts, and eggs. Not to mention that some of the most popular choices are those prepared with meat, chicken, and pork.

Although quiche can be made with almost anything, from meat and vegetables to seafood, herbs, and cheese. But the king between all quiche is Lorraine quiche. However, quiche has a simple dough base that is filled with bacon, eggs, sour cream, nutmeg, and a little bit of salt and pepper. It’s served with a green salad on the side and it’s usually consumed at room temperature or warm.

This is a traditional Ethiopian dish which is one of the most important parts of the locals. Bread is made from teff which has high nutritional properties. Injera is so popular that people will ask you “Did you eat injera today?”.

Enchiladas date back from the Mayan times. Those days, they use flour and corn tortillas and they are filled with meat, cheese, seafood, beans, vegetables, or all of the above. The stuffed tortillas are topped with chili sauce, which is the perfect Mexican breakfast.