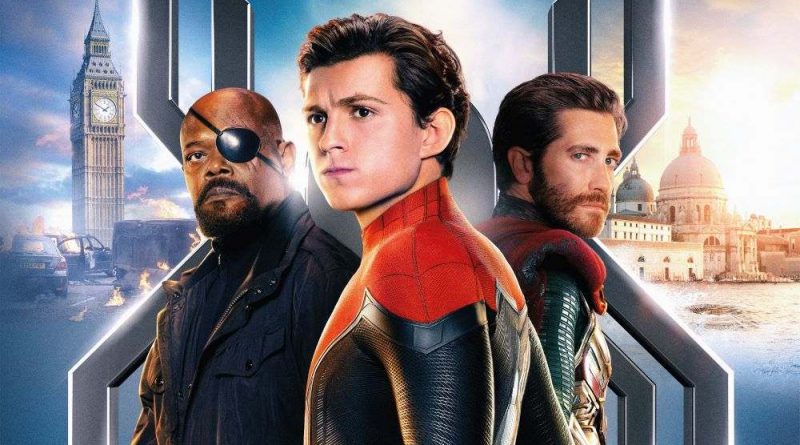 Spider-Man: Far from Home continues the story after the Avengers End Game. After a shocking ending that few expected, most couldn’t wait for new movie to come out. After Spider-Man with Tobey Maguire and Andrew Garfield, we had to wait for the third version. How good is a movie with Tom Holland, that’s a whole other story?

The superhero known as a good neighbor decided to go on a trip to Europe with his school friends. But instead of spending the holidays with friends like any normal teenager, something quite the opposite happened. After Nick Fury asks to help him defeat the vicious enemy, everything goes downhill. Soon the whole world will be in danger from four massive elemental beings.

Tom Holland is certainly the biggest trump card of the new films about the cute hero from the neighborhood. This British actor already at the beginning of his career shows how great his talent is. Charm, charisma, sympathy is all that sets Toma apart from other actors of his generation. He first appeared in the film Captain America: Civil War. It was already clear then how much freshness he would bring as a new Spider-Man.

Throughout the film, Peter Parker’s struggle is clear, on the one hand, he wants to be a teenager like the others, and on the other hand, he’s not sure if he can continue where Iron Man left off. It’s interesting to watch the turmoil of the main character who by the very end isn’t sure if he’s worth being Spider-Man enough like the others expect. Apart from Tom Holland Zendaya was great as MJ, also Marisa Tomei as May Parker.

Far Far Away from true Spidey

But was the acting of the main actors enough to be able to say that the film was good? Despite a few positives in the film, there are a lot more of those who put Spider-Man in one of the average works.

What wasn’t good? For starters Jake Gyllenhaal as Mysterio / Quentin Beck. It had not been possible to see such an unconvincing villain for a long time. It is not entirely clear what the director wanted to achieve with the character of Mysterio. At times, it seemed as if the film was shot in a hurry without a clear plan and vision. As if it was enough to put a few actors from the A list. Most of the time it looked like B production.

Due to the connection to the Avengers End Game, it wasn’t possible to feel the atmosphere of Spider-Man from the comics. The hope remains that the good friendly neighbor we have been accustomed to all these years will return. Finally with the villains which we all be afraid of.