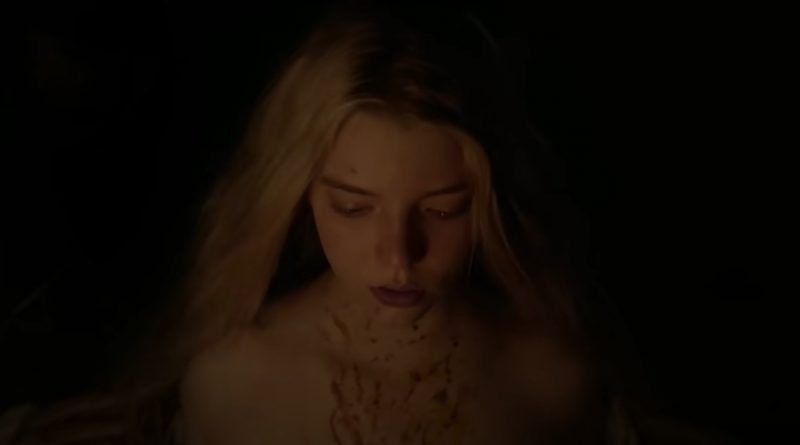 This is one of the truly fascinating and unique period piece, which really brings chills to your bones. The story unrolls around the family who is slowly realizing that something dark and dangerous is waiting just outside their door. Is it an actual witch, a clever metaphor for intolerance, alienation or class struggle? Watch it and find out.

Jeniffer Kent’s fascinating art piece is an amazing example of a film that deals with children as both aggressors and potential victims. The movie is not just creepy and disturbing but also shows strong emotions. It shows a bond between mother and child and her deep instinct to protect her family at any cost.

Anything that is based on Stephen King’s novels is hard to be disappointing and both the original and the 2013 remake are great movies. The story is a terror tale about a young girl who is tormented by her mother and pretty much everyone at school…until one day, she gets fed up with it.

Split is a truly disturbing film that captures the disturbing side of the mentally ill with a sparkle of fiction in it. The beast is coming – and the only way to escape is to trick his mind.

You must have seen the clown from the sewer somewhere. Well, if not, now is the time as this horror is definitely worth watching. There is a lot of shadow-play in the movie and cinematography is very slick, which makes the entire experience insanely tense. Part two of the movie has its setbacks, but it’s also worth watching.

The Swedish masterpiece is an adolescent vampire film which tells the story about a heart-warming and horrific story. It pushes the boundaries of its genre and escalates it to new heights. The focus of the story is on disturbed 12-year-old boy Oskar, who is an outcast and finally finds a true friend in his new neighbour, Eli.

The beginning of the movie starts with you checking if there’s something wrong with your speakers. However, a few minutes into the film and you will be hooked. The plot is very intense and shows clever innovations of the family who was in a constant struggle for survival.

If you think this is just another classic haunted-house movie with light jump-scares and silly ghosts which will make you laugh at the end and fall asleep…you are wrong. The actors and producers did a good job of keeping you awake for a few nights. I really hope you don’t live alone because the trip to the bathroom at night won’t be pleasant.

This is a truly remarkable movie which starts with curiosity and then the plot gets really dark, really quickly. The plot is fascinating, and the cinematic will keep your eyes on the screen at all times. It is not the classic story of the undead walking around, but it brings a new touch of creepiness.

It is a bit different movie and something new aside from all of the haunted houses or haunted people. This is not about ghosts, shadows or something terrifying coming after people – this is about people being terrifying by their nature. It is an inhuman fight for survival but also an opportunity for solidarity.